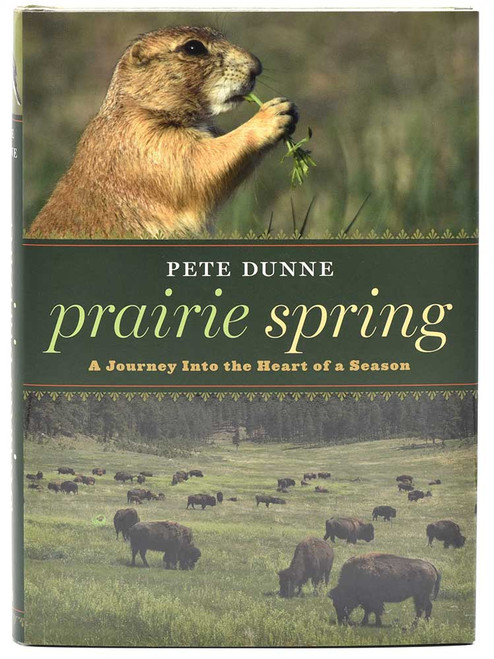 Prairie Spring: A Journey Into the Heart of a Season

A portrait of spring in the heartland of North America In this first of his seasonal narratives, Pete Dunne sends a postcard from the prairie in his characteristically puckish style.The prairie is an exciting place to explore an unfolding drama—man versus the environment—and as Dunne and his wife travel through the heartland, the fleeting nature of the season comes to symbolize the precarious balance between the two. At the Sandhill Crane Festival in Nebraska,Dunne observes the struggle between maintaining the cranes’ habitat and meeting farmers’ needs for water. As in other habitats, human encroachment is only one of the challenges facing the preservation of the Pawnee National Grassland in Colorado.

Climate change, invasive plants and animals, and mineral exploitation are just a few of the others. Conflicts over the grassland habitat continue between ranchers and prairie dogs and between oil companies and prairie chickens. Yet Dunne finds affirmation on the prairie: people putting their lives back in place after a tornado; volunteers giving their time to conservation efforts; the drive of all species to move their genes to the next generation, which manifests itself so abundantly on the prairie in spring.