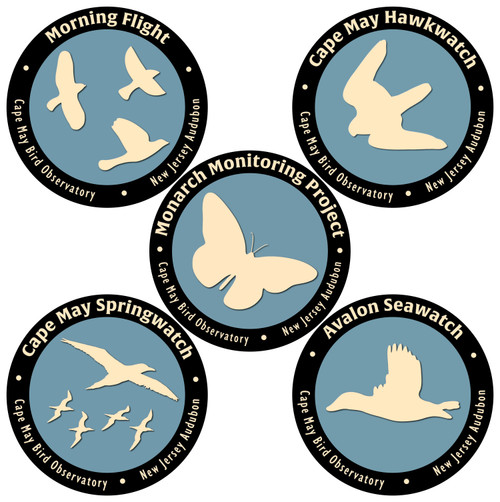 Magnets are 3" in diameter and can be used on your frige or car. Help support our mission with these migration watch logo magnets. Collect all five!

At New Jersey Audubon we keep our finger on the pulse of migration through our long-term migration watches, coordinated by our Cape May Bird Observatory. These watch sites are places you can visit to actively see bird migrating during the spring and fall.  Our watches are staffed with NJ Audubon counters that log each and every bird they spot migrating through in real-time, and seasonal naturalist interns there to help explain the phenomena of migration as well as to help get you on and identify the birds! The daily counts can also be viewed online via our website.