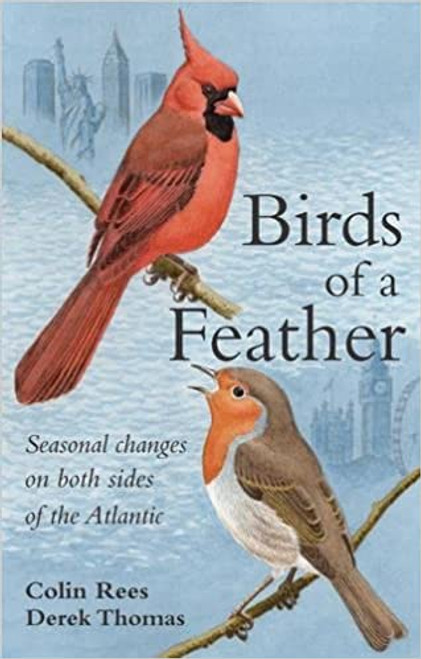 In Birds of a Feather, an informative and beautifully illustrated book, Colin Rees and Derek Thomas portray the changing seasons in the UK and US, bringing their observations together with some startling results. With images by artists Robert Gillmor and Ian Rees, the book will appeal to anyone with an interest in birds and their future in North America and the UK. Exploding flocks of Snow Geese rising from icy fields; the arrival of the osprey; the harmonies of the dawn chorus; migrating waders racing south before the surf – these are but a few moments evoking the sights, sounds and colours of the passing seasons observed and recorded over a year by two experienced ornithologists living on both sides of the Atlantic. In the context of their gardens, neighbourhoods and in larger landscapes, Colin Rees and Derek Thomas provide a month by month account of their birding year, commenting upon what they see and hear. They also consider how our world is radically changing the lives of birds. Birds of a Feather celebrates the gentle patter of raindrops, the scent and luminescence of spring, swallows of an evening and the first flight of young ospreys. They take the reader on walks through grasslands, forests, marshes, estuaries and along coasts and describe the effects of changing weather on flora and fauna, the unfolding of the breeding season, bird counts, the character of birders and bird organizations in the US and UK. They also address the challenge of conservation in the modern world. Over 45 million people consider themselves bird watchers in the US and 20 million watch birds in the UK making this book appealing to bird watchers on both sides of the Atlantic.

Marine Life of the North Atlantic

MSRP:
Was:
Now: $4.95
Quick view Out of stock
Already a member?  Receive 10% off all eligible products by using Coupon Code MEMBER2021 at checkout.